This is the single post sidebar. This can have links to other pages/posts.

Arnold Clark Automobiles, one of the UK’s largest motor retailers, has seen huge savings in time and administrative effort by using Glasgow-based DriverCheck, part of the Ebbon Group, to handle licence checking and legal compliance for over 10,000 drivers.

Arnold Clark, which operates 193 dealerships across the country from Southampton to Elgin, representing 28 different makes, is the second ranked motor retailer in the UK by turnover, according to the latest AM100 league table, with sales of around 300,000 vehicles per annum and turnover of £3.8bn.

As well as the dealerships, the group also operates 160 service centres, 17 accident repair centres and 14 parts centres around the country. It employs around 11,000 people, with some 10,000 drivers and their spouses on its licence checking database, including around 2,500 company car drivers, plus technicians and sales staff who drive vehicles as part of their regular work activities.

There is also a growing logistics fleet for moving new and used vehicles around the country, as the business looks to build its digital Click and Collect operation, especially in the south of the country.

In addition, Activa Contracts, Arnold Clark’s contract hire, leasing and fleet management business based in Milton Keynes, offers licence checking as a service to its customers.

As such, keeping licence checks up to date across the whole group is a huge task, which the business used to handle internally using the DVLA’s licence check facility, but which, from a sheer scale, effort and time point of view, became impractical.

Licence checking across the group now falls under the remit of company secretary, Stuart Thorpe, who explained how keeping records for such a large number of drivers, with varying degrees of risk, up to date and legally compliant was now a straightforward task. 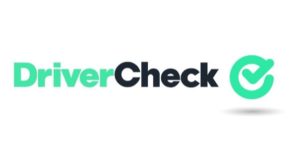 “Initially, we used to handle this ourselves but the scale of the task made the decision to appoint a specialist a very easy one. DriverCheck saves us a huge amount of admin time and effort as well as ensuring our records are kept up to date.

“A classic case in point was the introduction of the EU’s GDPR regulation in May 2018, which required new consents to be collected for all employees at the time. Three years later, a significant proportion of the consents needed to be renewed to continue to meet the DVLA’s requirements, which meant most of our renewals fell in May-June 2021.

“Because we had DriverCheck onboard and handling the update process for us, what could have been a highly labour-intensive task became relatively straightforward with renewal reminders generated automatically. It was then a case of following up exceptions, reducing the time and effort immensely.”

Now, all new starters are added to the Arnold Clark licence checking database as part of the onboarding process, providing details of the status of their driving licence from day one.

Arnold Clark drivers’ licences are checked in varying frequencies depending on the driver risk.  Those most at risk, including HGV drivers within the logistics division and those with significant numbers of points on their licences, have them checked most frequently, and the system is flexible enough to deal with this automatically.

“Our logistics fleet of about 100 drivers are checked most frequently because of what they are driving. We are expanding the logistics side as we look to increase the number of Click and Collect outlets we operate, particularly in the south of the country.

“The latest to go live was in Colchester and is now one of six we operate as standalone sites, with further expansion planned in the near future. Given the risk associated with driving a vehicle transporter, we place great emphasis on ensuring the licences of our drivers are checked frequently,” he said.

DriverCheck also came into its own following a recent restructuring of the entire Arnold Clark driver database.

“DriverCheck was able to handle the restructuring very quickly and efficiently and the new system is now up and running and functioning very effectively. Again, they made what could have been a very labour intensive operation very straightforward,” added Stuart Thorpe.

You can find out more about which cookies we are using or switch them off in settings.

This website uses cookies so that we can provide you with the best user experience possible. Cookie information is stored in your browser and performs functions such as recognising you when you return to our website and helping our team to understand which sections of the website you find most interesting and useful.

Strictly Necessary Cookie should be enabled at all times so that we can save your preferences for cookie settings.

If you disable this cookie, we will not be able to save your preferences. This means that every time you visit this website you will need to enable or disable cookies again.